Other Performances >
Archaeological Project >
Other Activities >
Publications >
The Meal >

Devised and presented by Thanasis Deligiannis and Efthimis Theou

Part of the Koutroulou Magoula Archaeology and Archaeological Ethnography Project.

The theatre/archaeology performance The Meal studies the phenomenon of food using the data derived from the research around the site of Koutroulou Magoula (Central Greece), a finds-rich Neolithic settlement, where a number of houses with stone and mud brick walls were revealed.

A year-long preparation (September 2010 – September 2011) was set to develop, as well as to combine the chosen artistic and scientific tools, which included excavation, ethnographic research, photographic documentation, study of the archaeological finds, communal writing and composing. In September 2010 and September 2011, Efthimis Theou and composer and performer Thanasis Deligiannis (click here) and  joined the excavation that was held by the University of Southampton and the Archaeological Service of Greece.

At the end of the 2011 field season, a public presentation of the collected material in the form of a performance took place next to the excavation trenches (Hamilakis & Theou 2012). It was attended by approximately 200 members of the local community. Throughout the performance, a traditional recipe was cooked and at the end of the event everyone was offered a serving; meanwhile, a group of local musicians was playing traditional music of the region.

At the September 2012 excavation season, the number of visits to the site was doubled, during which people were full of questions in relation to what they had heard in  the previous year. At the end of this season a performance was presented, this time by a group of teenagers from the region: with our assistance they conducted ethnographic research, excavation, photographic documentation, communal writing, guided the visitors to the space and the finds and performed a piece, which again combined archaeology and performance.

From October 2013 to April 2014 an installation, comprised by the creation process material, was presented as a part of the exhibition Afresh, A New Generation of Greek Artists at the National Museum of Contemporary Art in Athens (Theou & Deligiannis 2013). During the exhibition, educational programs were organized in the museum and the city, for children from 5 to 10 years old, teenagers and adults (Mavroskoufis et al., 64-5, 132, 134). The aim of these programs was to introduce the participants to ideas of an alternative use of the archaeological space and an embodied approach of the archaeological material, as well as to present ways in which contemporary art today often meets science. These programs were attended by approximately 150 youngsters. 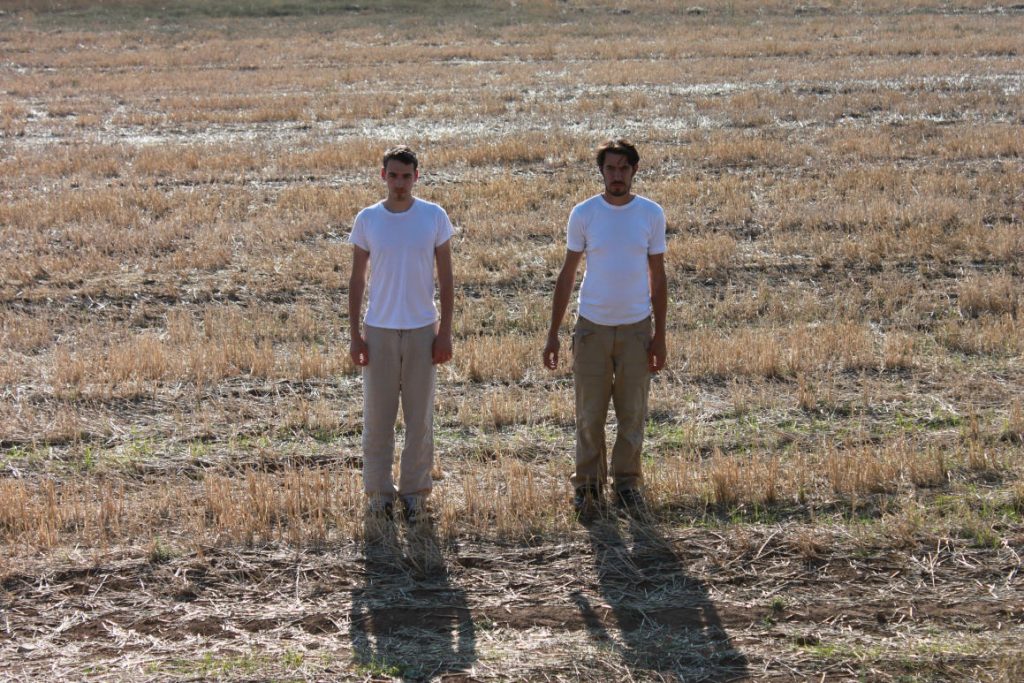