The Meal >
Other Performances >
Other Activities >
Publications > 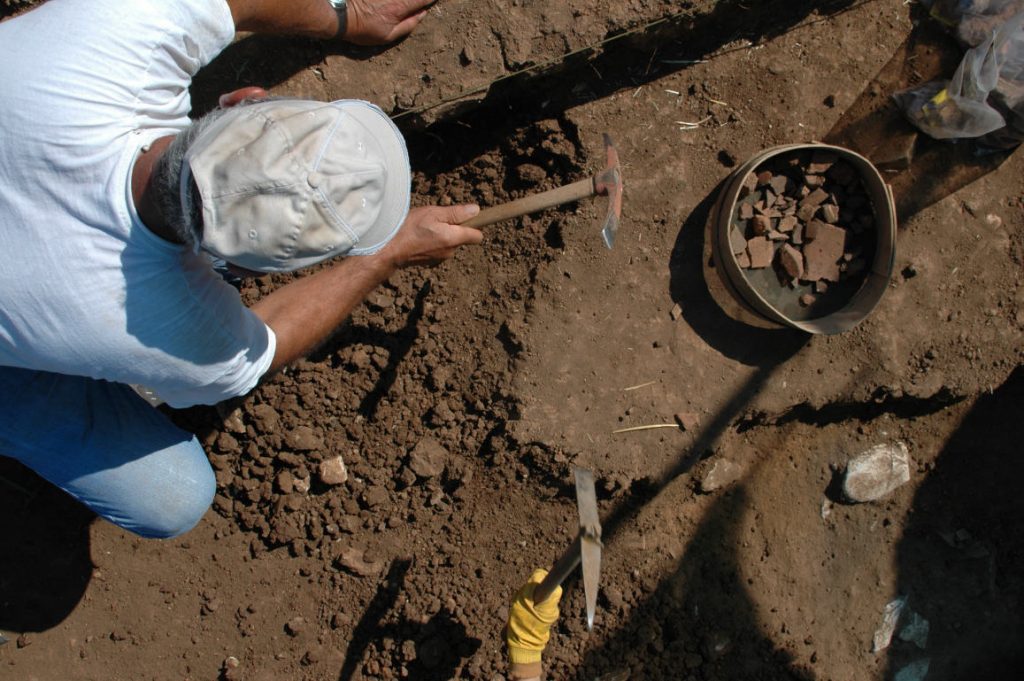 The research at Koutroulou Magoula in Central Greece began in 2001 by the Archaeological Service, under the direction of N. Kyparissi-Apostolika, and since 2009 it has continued, co-directed by Y. Hamilakis and recently by V. Tsamis, within the framework of the “Archaeology and Archaeological Ethnography Project” – a collaboration with the University of Southampton, initially, and Brown University, subsequently, under the auspices of the British School at Athens. The project aims to understand the material and social life of the people who lived at the site, aspects of their relationship with materiality, the past, and the concept of time, and to place this community in its wider context. It is, at the same time, a school for approx. 15 students from different countries every year, who are trained to work in the archaeological trenches and to the methods of archaeological ethnography.

The main phase of habitation dates in the Middle Neolithic period. Geophysical investigation and excavation have revealed the presence of buildings on the top and the slope of the artificial hill that were built and rebuilt at the same place in successive architectural phases. This small settlement was surrounded by one or more ditches, an example of collective work by its inhabitants. A Late Bronze Age vaulted tomb has also been found, as well as a Byzantine burial of a young woman, evidence perhaps of a symbolic significance of the site in the centuries following its Neolithic use. The research has uncovered a large number of finds: pottery, stone and bone tools, animal and plant remains, as well as around 400 small clay figurines -the largest such assemblage in Greece- depicting human and hybrid human/animal forms.

The archaeological site is located in an extensive area of wheat and cotton cultivation. It is 2 km away from Neo Monastiri, a relatively new village founded by refugees from Eastern Rumelia in present-day Bulgaria, who settled in the area in 1925. Its inhabitants, mostly farmers, recognise and keep alive their distinct cultural identity, expressed in the local language idiom, music and dance, local food, etc. The site is also linked to the village of Vardali, 3 km away, which is home to a community with an older presence in the area.

The rich archaeological remains and the distinct cultural characteristics of the communities made the area an ideal place for the development of an archaeological ethnography programme. Its main objectives were to investigate the relationship between the local people and the material past and scientific research, and to carry out a series of activities that seek to make the local communities collaborators and participants in the archaeological work. In the context of these activities, artists from the fields of photography, visual arts and performance have been invited to experiment and present their work.