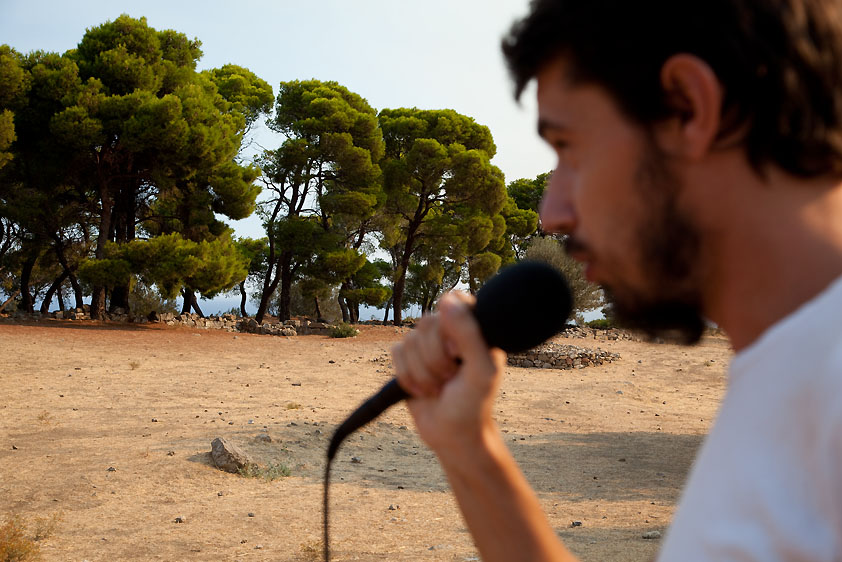 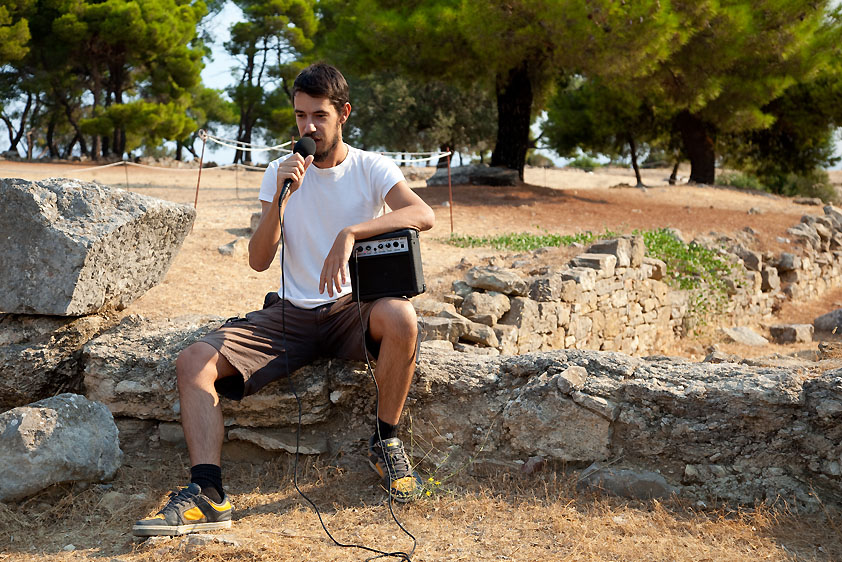 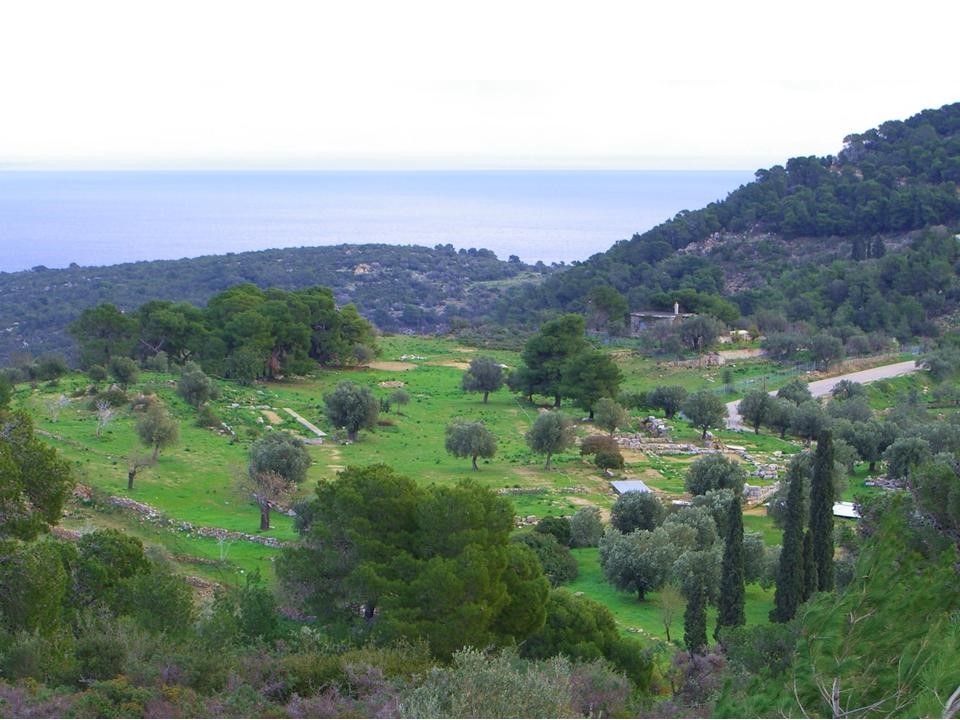 Devised and performed by Efthimis Theou
With the assistance of  Danae Theodoridou
Photographs: Daniel Suy
Based on the performance «50΄00″ – Short Stories», directed by Danae Theodoridou and presented at  the Theatre of Neos Kosmos in 2009.
Part of the Swedish Institute at Athens’ Kalaureia Research Program «The Sea, the City and the God».

A site-specific performance around the sanctuary of Poseidon and its multi-temporal reality. A narrator delivered fragmented short stories with the use of a portable speaker for exactly 20 minutes, time counted by a stop watch which interrupted the action. Stories from the prehistoric past of the site, the every day life of the classical sanctuary, up until the farmstead of the 20th century, the excavation work and the night of the performance. The only light during the whole piece came from fifty small flashlights distributed to the spectators.

The performance was presented in August of 2009 as part of the archaeological ethnography activities around the site conducted that year by the Swedish Institute in collaboration with the Municipality of Poros.