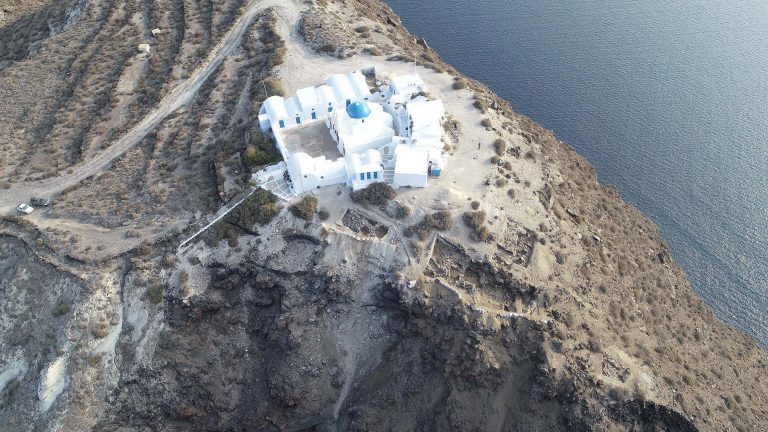 The 3rd and early 2nd millennium BC prehistoric settlement at the site of Komisis on Therasia, which has been investigated by the Ionian University, the University of Crete and the Ephorate of Antiquities of Cyclades since 2014, is an important Aegean Bronze Age centre and a new point of interest that is emerging on the island of Therasia. The settlement, located on the imposing hilltop rising on the west side of the pre-eruption Santorini caldera in the Early Bronze Age, with a long period of habitation to the end of the Middle Cycladic period, when it was definitively abandoned. The excavation of the settlement provides new information on its architecture and spatial organisation during the Early and Middle Bronze Age, completing the picture from Akrotiri, whose early phases are preserved in a piecemeal fashion under the buildings of the Late Cycladic town.

Through interdisciplinary archaeological research, new evidence is emerging that contributes to the understanding of the conditions and parameters that led to the fundamental change of the Bronze Age, the emergence of the first cities. The geological research conducted by C. Vougioukalakis also sheds light on the picture of the eruptive subduction and the creation and borders of the caldera. The archaeological research is co-directed by K. Sbonias, I. Tzachili and M. Efstathiou respectively, with the scientific collaboration of C. Palyvou and an interdisciplinary team of collaborators, with the support of the Secretariat General for the Aegean, INSTAP and the Municipality of Thera.