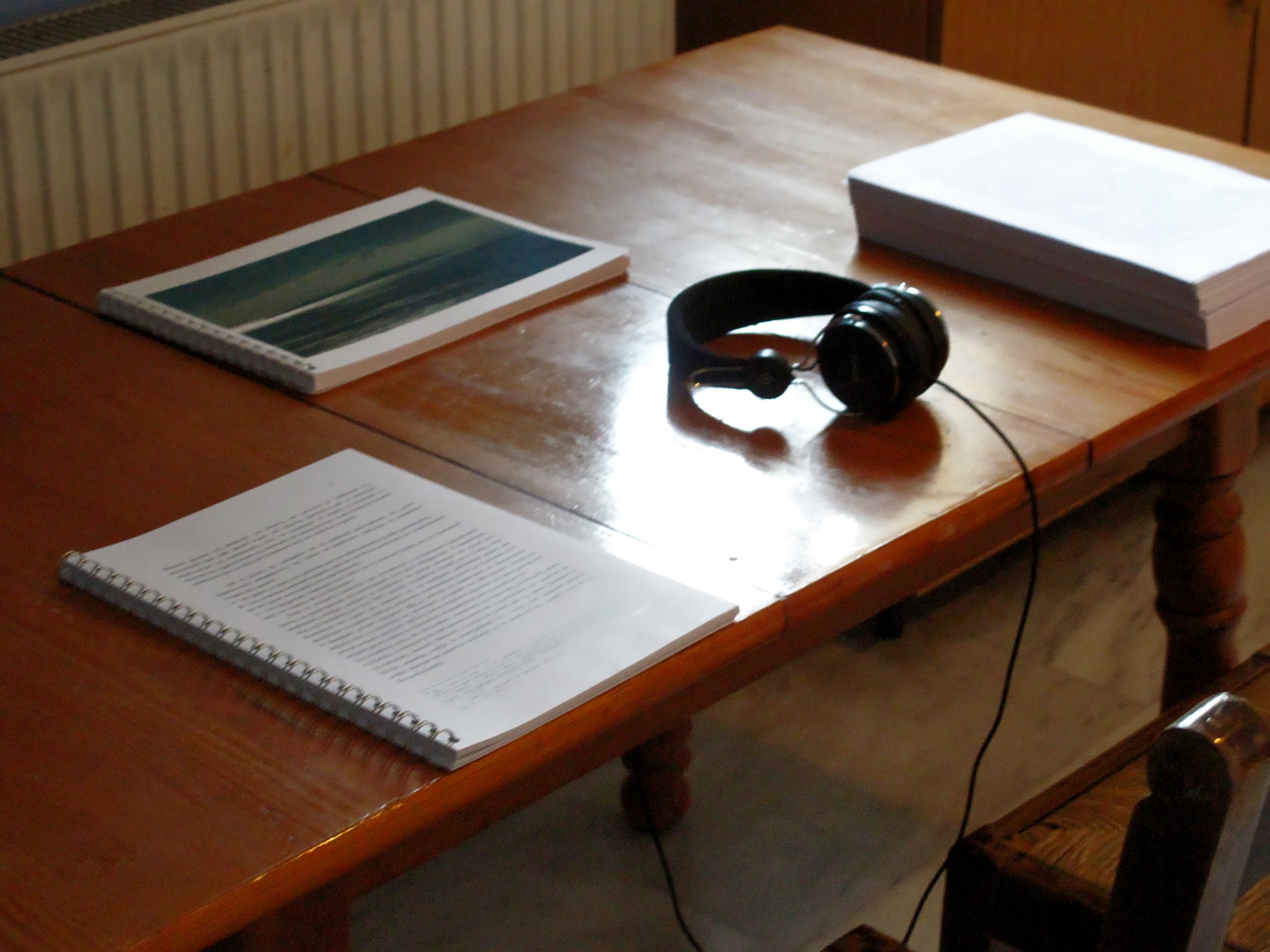 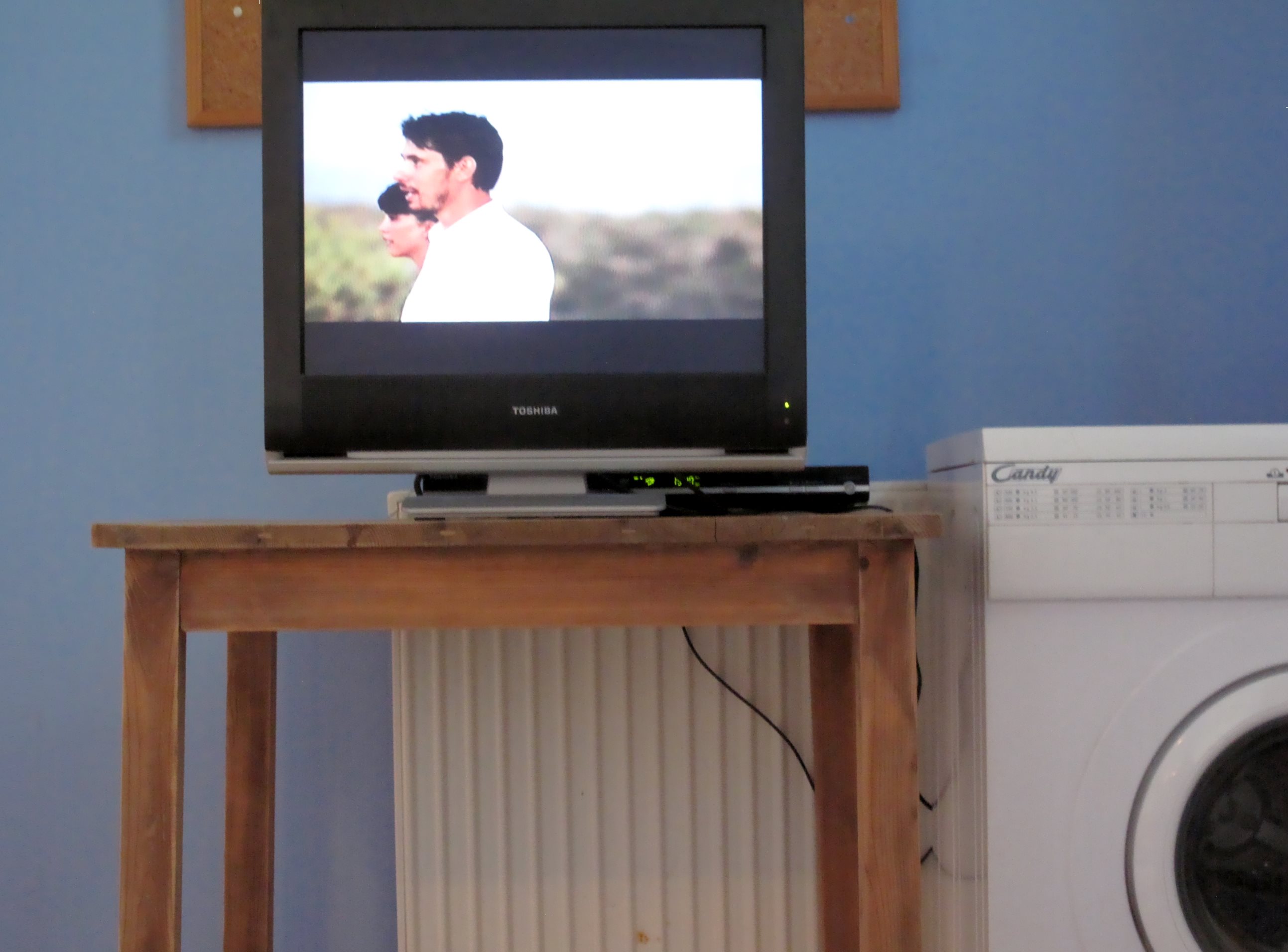 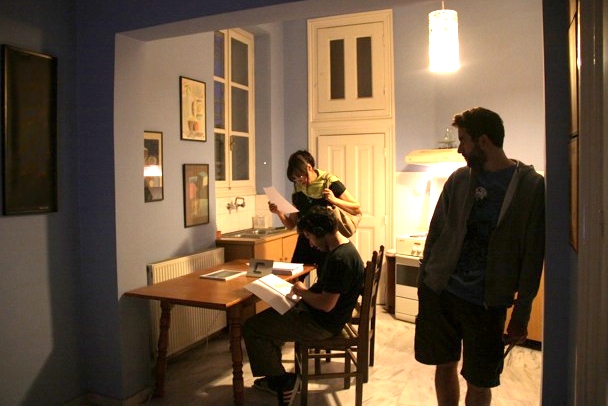 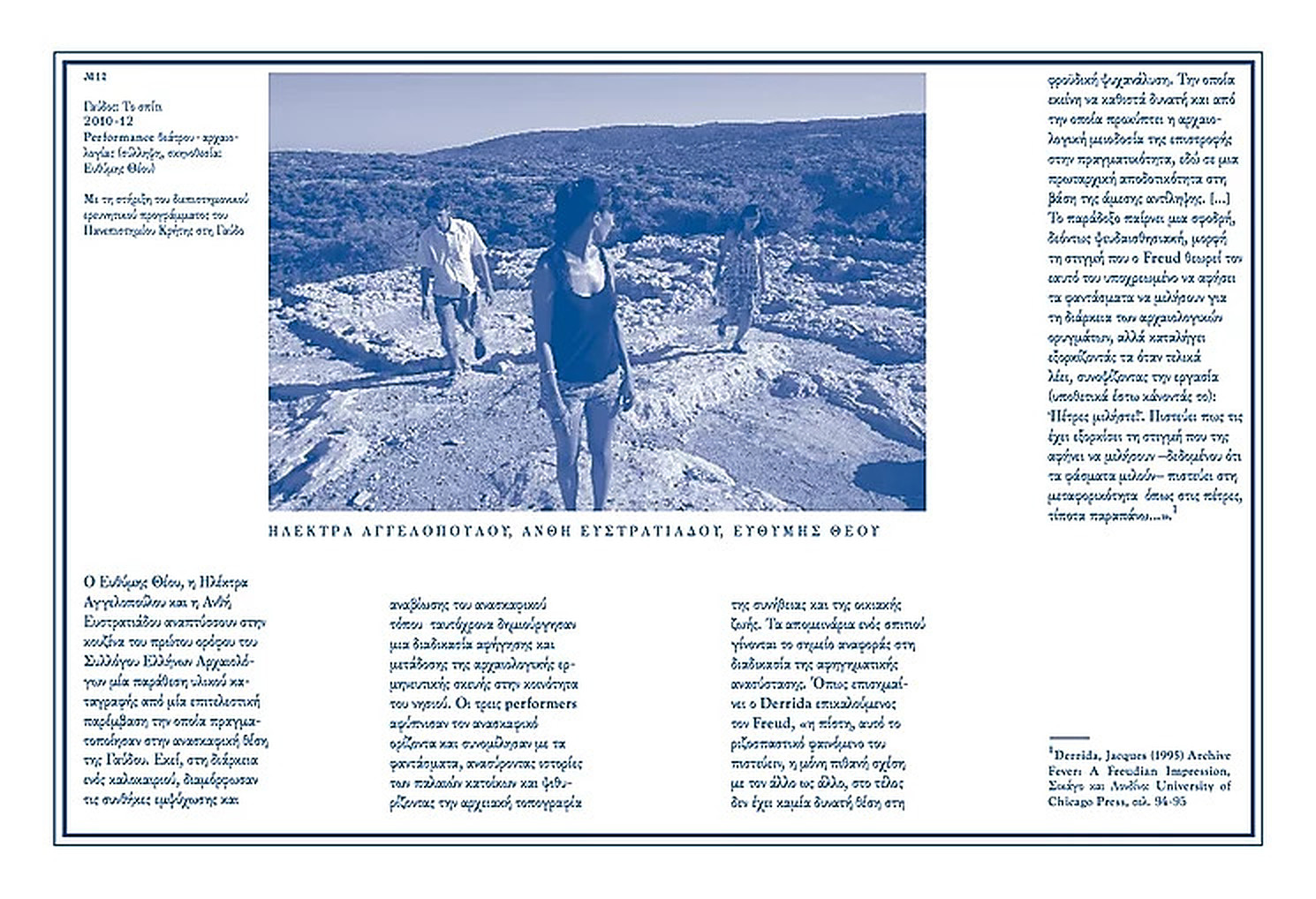 Fever of the Antique

An exhibition organized in June 2014 in the Association of Greek Archaeologists, curated by E. Ledaki.

Gavdos: The House was presented in the exhibition Fever of the Antique (click here) in Athens, through an installation comprised of the the creation process documentation material. It was installed in the kitchen of the neoclassical building of the Association of Greek Archaeologists, on the foothill of the Acropolis.
The exhibition enlightened the aesthetics of fragmentation through the influence that the practice of excavation exercised on the configuration of modernity’s logic of representation and identity. In addition, it enquired the meaning, which has been attributed to the recovery of the extracts of the past in the contemporary Greek condition and the ideology of the collective self-determination.
The systematic excavations implemented under the shadow of the ideas of neoclassicism and romanticism by the archaeological schools of the emerging European nation states, brought to light numerous, yet unseen, fragments of earlier cultures. The condition of the findings, despite the deterioration and the elliptical quality of the figures, was idealized and influenced the Western perceptibility. It configured, not only a visual model but also an ideological, ethical and aesthetical legacy. What until then had only been slightly discernible, was eventually embedded in the Western Canon of modernity: the aesthetics of the fragment, the poetics of elliptical narration, concealment, repulsion and hint; and in dialectical contradiction, the logic of the archive (as a substitution for the incoherently structured –early colonial– cabinet of curiosities), the need for recalling, narrating and putting in order an already existing material, the retrospective attribution of meaning.
Fever of the antique associated the poetics of fragmentation with the sense of detachment experienced by modern subjects; the dematerialisation of the present and the urge to constantly interpret the elusive past, constitute the subject of exploration by the artistic practices, which are woven together in the curatorial project. The exhibition, above all, sought to remind the need for tracing the path towards the principle of reality and encouraged an embedded perspective as a prop, which will provide the foundation for the lessening of the local identity’s precarious correlations.
Finally, Fever of the Antique addressed a positioning beyond antiquity’s continuous recurrence (i.e. out of the power of the precedent), testing the symmetries between the present and the past.
Read also here.